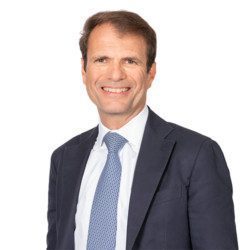 With the entry into force of the new company law on January 1, 2023, Art. 717a of the Swiss Code of Obligations now provides that members of the board of directors must disclose without delay any conflicts of interest that could affect them in the performance of their duties as directors.

This obligation is not new, but it was not expressly mentioned in the Code until now.

Naturally, there are situations where the conflict of interest is obvious.

One example is the situation where a director is both a member of the board of directors of the provider of a service that is given to a company of which he is also a director.

There is, however, a common situation that can potentially create a conflict of interest situation.

This is the case where a director represents the interests of a shareholder.

As we know, directors are bound by a duty of care and loyalty to the company they administer. They must therefore put the interests of the corporation ahead of those of the shareholders.

This is particularly the case with the entry into force of the new law, which we have already mentioned in other contributions, according to which the majority shareholder must exercise his rights in a measured way in order to avoid any abuse of the majority.

This is expressly confirmed by Art. 652b para. 4 of the new Code of Obligations, which provides that no one may be favoured or disadvantaged by the determination of the issue price. Thus, if there are several options for increasing the capital, the option that is least “harmful” to the minority shareholder must be chosen by the board of directors.

As can be seen, the conflict of interest situation as mentioned above can have a direct influence on the composition of the board of directors and on the governance of the company.

The shareholders should prefer independent directors who are able to take into account the interests of the company. If they are not satisfied with the administration exercised, they can, at the ordinary general meeting or even at a general meeting convened in an extraordinary way, dismiss these directors. It is within this framework that they will exercise their control and will communicate their decision and their opinion with regard to governance. They will thus avoid interfering in the administration of the company, thus creating a conflict of interest situation contrary to the law.

You are an employer looking for a new employee: do not forget the obligation to communicate certain vacancies at the ORP !