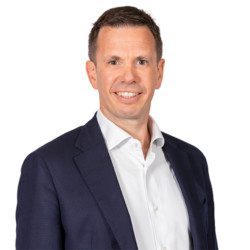 I. The domain name system

At a time when the digital world has often become the gateway to the real world, the ownership of a domain name is now a must.

Remember that each computer connected to the Internet is assigned an IP address, either temporarily or permanently. However, it is difficult to remember a series of numbers such as 86.212.113.159.

In 1983 (yes, already!), a group of researchers composed of Jon Postel, Paul Mockapetris and Craig Patrige invented a new architecture, the Domain Name System, or DNS. The DNS allows to associate a comprehensible name to an IP address. Thus the IP address 216.58.217.206 is linked to Google.com.

Although it took many years for the domain name system to become a success, the development of the World Wide Web took off during the years 1995-2000 with the appearance of electronic commerce.

Quickly, some precursors saw the interest in registering and appropriating domain names that consisted more or less of well-known brands. The cybersquatting phenomenon took off.

However, recovering an infringing domain name was far from an easy win. Unless an agreement was reached with the holder of the said name, usually contingent upon a substantial amount to be paid, the filing of a legal action was the only way at disposal. However, such an action was not, and is still not without its pitfalls. In addition to the question of knowing which is the applicable law and the competent court, there was a clear lack of experience of the justices who were discovering this strange animal that is the domain name, not to mention the length of the procedures and the costs that resulted from them. It must be admitted that the idea of recovering a domain name 2 or 3 years after the filing of legal proceedings is neither attractive nor efficient.

Aware of the problem, ICANN and WIPO combined their efforts to develop an alternative procedure that has been an unprecedented success in resolving disputes concerning domain names registered in .com (for the most part): the Uniform Domain Name Dispute Resolution Policy (UDRP), which allows a trademark holder to recover a domain name that infringes upon his or her trademark within two months and in return for the payment of a fee that is, all in all, a modest USD 1,500. With nearly 58,000 disputes resolved in twenty-two years, the UDRP has been an undeniable success and, far from being extinguished, it has become stronger year after year. Many jurisdictions have been inspired by it, adopting a procedure either identical or similar to the UDRP.

After Web 1.0, which was the one of holding a site as a simple showcase, and the Web 2.0 we know today, which is the one of interactivity, platforms and user-generated content, the premises of Web 3.0 are starting to be heard. What is it all about?

Without going into technical details here, Web3.0 is the one that will allow users not only to browse an Internet site, but to be at the heart of the site itself, providing an unprecedented immersion based on the evolution of various technologies such as virtual or augmented reality.

One of the particularities of Web3.0 in terms of governance could be its decentralized nature made possible by the blockchain protocol and its various applications. It should be remembered that one of the characteristics of the blockchain protocol lies not only in the integrity and authenticity of the data it contains, but also in its irreversible nature.

It is because of this irreversible nature that cybersquatters could find a particularly fertile ground for their activities. Why?

One of the first areas of application of the blockchain is in crypto-currencies, such as Bitcoin or Ether, to mention only the two best known among the thousands that exist to date.

To pay in crypto-currency, you need to have a wallet, which is offered by different providers such as Coinbase or Ledger. Each wallet is identified by a sequence of 42 characters, like 3FZbgi29cpjq2GjdwV8eyHuJJnkLtktZc5. Let’s admit that memorizing such an address is not easier than memorizing an IP address, far from it.

While the potential mass adoption of crypto-currencies depends on many factors, one of them is certainly the ability to convert these 42-character strings into an understandable name, just as DNS has enabled the conversion of our IP addresses into domain names.

This is where Web3.0 domain names come in. Systems such as Ether Named Service or Unstoppable make it possible to register such names, under first levels such as .crypto, . eth, .bitcoin or even . nft.

Certainly, to date, their usefulness remains limited, especially since these addresses are not identified by the domain name system and operate in an autonomous and decentralized manner. However, nothing excludes that, in the mid-run, these domain names might be linked to a website.

It is crucial to bear in mind that these Web3.0 domain names have a particularity that is worrying, to say the least. Based on the blockchain protocol, they are in essence irreversible…

The UDRP is not applicable to them, and any legal action appears to be largely futile due to the irreversible nature of the name.

The only thing that remains open is the goodwill of the Web3.0 domain name holder to transfer it to the legitimate rightful owner, which will not be done without a lot of money, a money that will certainly make some holders stumble in view of the astronomical amounts that they could have to pay to recover an irrecoverable identity without such an agreement…

This means that owners of trademarks and other distinctive signs would be well advised to engage in defensive registrations, unless they like to play poker and count on the failure of Web3.0 and the crypto-currencies on which it will be partly based, a gamble that I personally consider to be very risky…